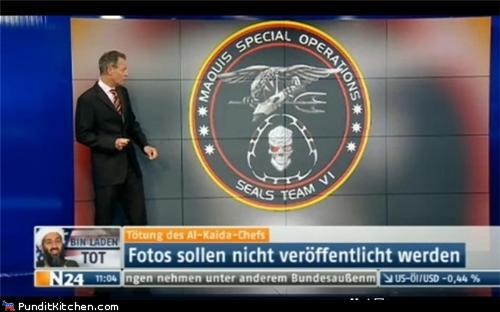 A German television news channel mistakenly aired a Photoshopped tribute to Navy SEAL Team Six made from amalgamated Star Trek logos when reporting on the Osama Bin Laden assassination. The words “Maquis Special Operations,” a reference to a military unit in two Star Trek series, can be seen above a rendition of the actual team logo and a Klingon skull. …The same news program later falsely reported that Osama Bin Laden’s final words were, “today is a good day to die.” This is the real Team Six logo: Submitted by: Unknown Via: TrekMovie.com 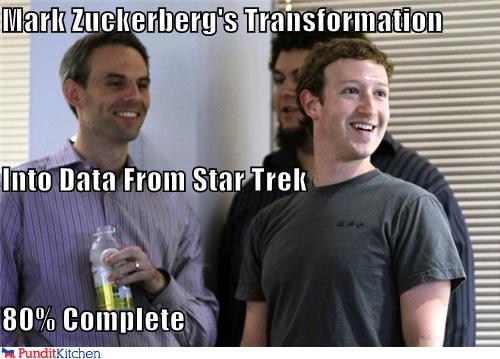 Liza Minelli Totally Looks Like Romulans from Star Trek I asked for a similar cut the last time I popped in at my hairdresser’s. It turned out quite rough and chunky because he couldn’t stop laughing as he cut my hair. I still tipped him $15, because I’m generous 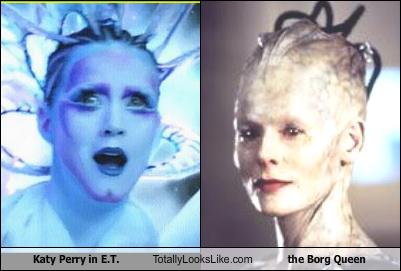 Katy Perry in “E.T.” Totally Looks Like The Borg Queen Does anyone else find Katy Perry’s attempt at avant-garde sci-fi as borging as I do? *yawn* Look-alike by: paprikapants 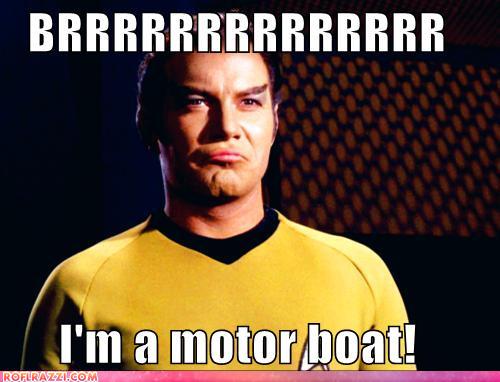 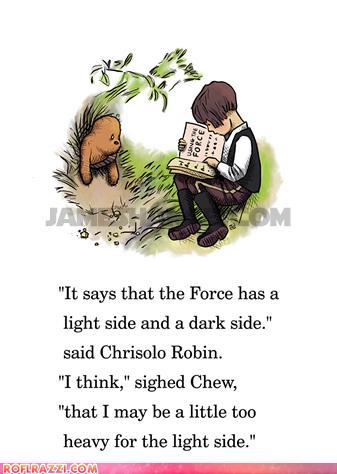 Artist James Hance has crafted a wonderful little children’s book titled “Wookie the Chew – The House at Chew Corner” and it looks absolutely adorable. ‘Wookiee The Chew’, in the style of the original Pooh books tells the ‘adorkable’ tale of the little biped that belonged to Chrisolo Robin (and Chrisolo Robin belonged to him). 24 pages of affectionately crafted adventure, brand new illustrations and sneaky Star Wars references- a tribute to the combined genius of George Lucas, A.A.Milne and E.H.Sheppard. 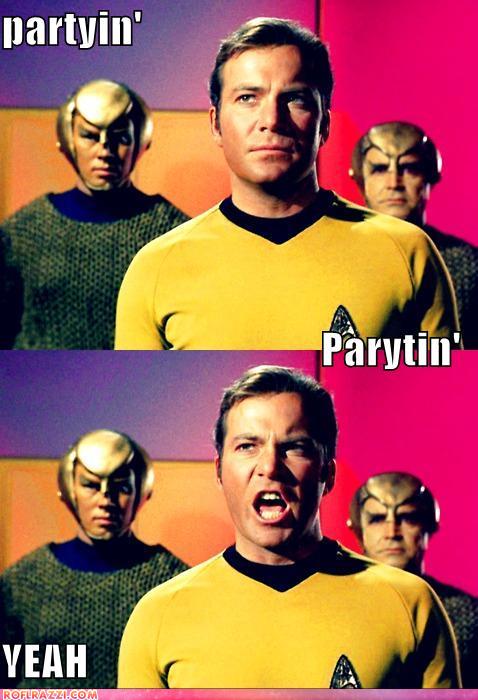 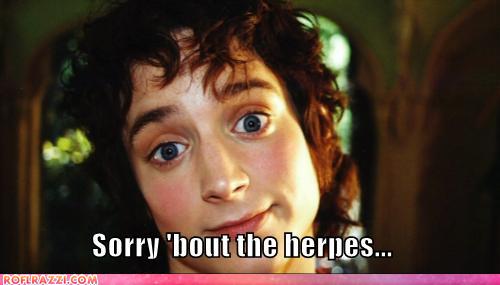 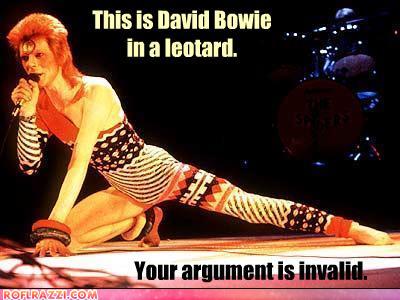 this is david bowie in a leotard. your argument is invalid (David Bowie) LoL by: cinna-crumbs Picture by: Unknown 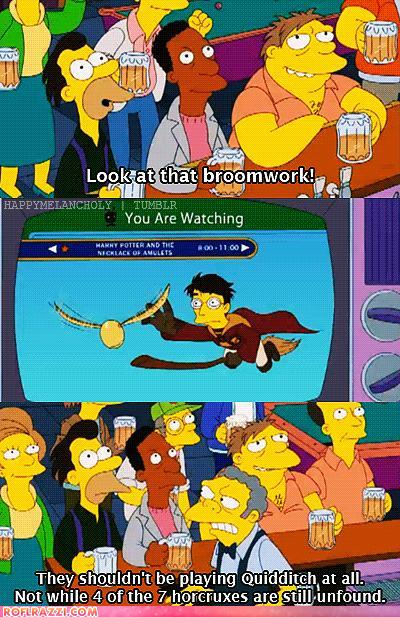