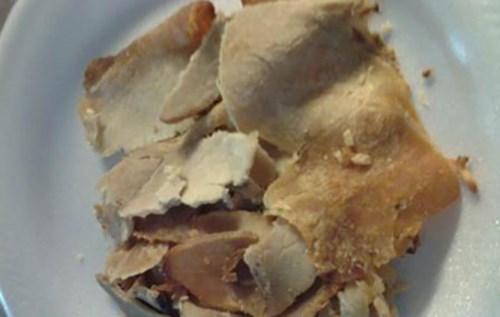 High school students in Hawkins County, Tennessee were served up some 6-year old pork last week for lunch, and while no one has gotten sick yet, the news is not sitting well with anyone. A cook at a local primary school (who didn’t serve the meat) sent a photo of the pork to a city commissioner named Michael Herrell, who discovered that it had also been distributed to several other schools in the area